Almost three quarters (72%) of the UK’s leading aesthetic professionals who are providing treatments such as Botox, dermal fillers, chemical peels, laser hair removal, non-surgical facelifts and teeth whitening, have had to correct the work of another practitioner, according to a new study by CCR Expo 2017.

The 102 leading doctors, surgeons, nurses, dermatologists, dentists and practice managers who took part in the research argue that these aren’t isolated incidents. Indeed, over three quarters (77%) have had to perform a corrective treatment in the past year. For two of the professionals studied this even makes up the bulk of their work.

They suggest a key problem is that too few people ask to see someone’s qualifications or look at examples of their previous work before having a treatment; 74% feel not enough checking like this is done.  A further 84% of professionals also argue that the lack of regulation of non-surgical beauty treatments is part of the problem, resulting in far too many untrained people providing them.

This is coming at a time when demand in the UK for non-surgical treatments is at an all-time high; 87% in the CCR survey say the rise in demand has caused the recently reported 40% drop in cosmetic operations.  Non-surgical treatments such as Botox and dermal fillers have become a big part of everyday life with 50% of professionals reporting that their clients typically use their services at least three times a year and 41% saying that people are typically starting to use their services in their 20s.

“The boom in demand for non-surgical procedures, when combined with such lax checking by consumers and a lack of regulation, is leaving the door open for unqualified people,” says Alison Willis, Division Director of CCR Expo. “The end-result being that the industry’s true, highly trained professionals are all too frequently having to pick up the pieces and step in and correct others’ poor work.”

CCR Expo, which takes place on 5 & 6 October 2017 at Olympia London, has a heavy focus on training.  It offers up to 20 hours of CPD-accredited sessions, plus live demonstrations, a non-surgical workshop, a non-surgical conference, and an aesthetic nursing conference all focused on helping to maintain standards and help practitioners stay ahead of latest developments in the aesthetic sector.

Alison Willis adds: “As the UK’s largest free to attend gathering of both surgical and non-surgical professionals, our show is attended by leading surgeons and aesthetic professionals, people who are working at the absolute forefront of the industry. Standards within the sector really matter to them.  That’s why we wanted to flag up the issues raised in our research, and emphasise the need for consumers to check out the qualifications and past work of people offering treatments.”

In addition to the many non-surgical elements, CCR Expo, will run alongside three co-located conferences. The co-locations include the British Association of Aesthetic Plastic Surgeons (BAAPS) Annual Scientific Meeting, the International Society of Aesthetic Plastic Surgery (ISAPS) Symposium and the British Cosmetic Dermatology Group (BCDG) Conference. CCR Expo will also feature the latest products and solutions from over 200 companies plus surgical workshops. 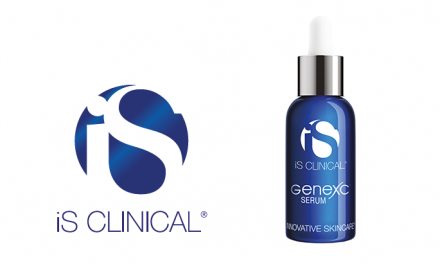