Medicine and surgery have gradually become less invasive
due to the convergence of two phenomena: technological advances, which have greatly accelerated, and the patients’ desires, which are being expressed ever more clearly. It is therefore natural that aesthetic medicine should adapt to this inevitable evolution.

First of all, it would be useful to look at what ‘non-invasive’ means, as scientific literature is often rather vague and a consensus is not always reached about its definition. Traditionally, authors considered that ‘invasive’ procedures required skin incisions, ‘mini-invasive’ procedures involved breaking the skin (injections) and ‘non-invasive’ procedures kept the integumentary system intact. The latter concept has recently seen its popularity soar in response to the patients’ desire to avoid potential complications and downtime; even though it is generally short-term, the idea of downtime does not often appeal. More recently, certain authors have come to an agreement that ‘non-invasive’ procedures are those which repair the epidermis via the outer surface of the skin and/or restructure the dermis without penetrating the epidermis. This has lead to the appearance of Anglo-Saxon terms such as photorejuvenation and skin tightening.

The Softmesology® and Softmesotherapy® concepts were developed with this in mind. The theory behind these treatments stems from the founding principles of mesotherapy, as stated by its inventor, Doctor Michel Pistor, in 1952: 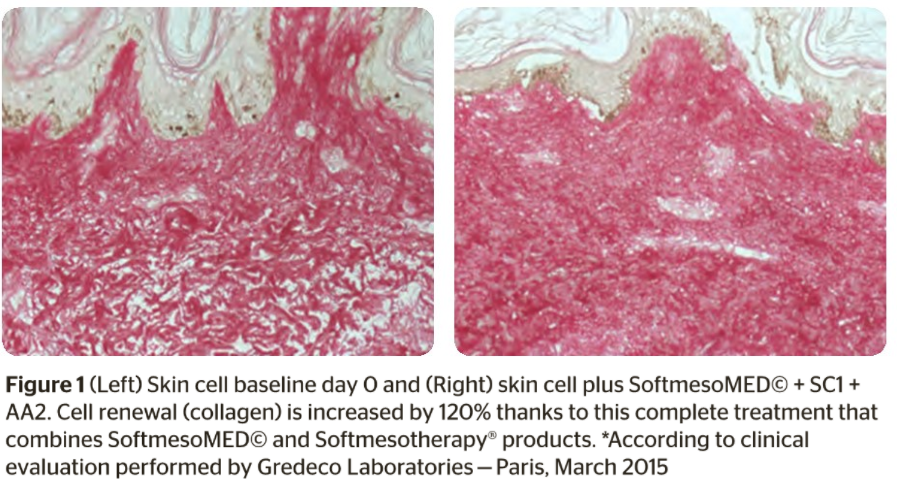 Both concepts are directly inspired by the initial premises described above, and which were approved by the French National Academy of Medicine in October 1987 and by the INSERM (unit U669) for use in aesthetic medicine in July 2010. The treatments involve facilitating the penetration of cosmetic products into the cutaneous layers in the exact anatomical area chosen.

The difference is that ‘traditional’ mesotherapy is carried out through multiple intradermal or hypodermal injections using 4 to 6 mm needles, whereas Softmesotherapy® is performed without breaking the skin, based on recent theories about emulating percutaneous absorption. As such, the former should be described as ‘mini-invasive’, while the latter is strictly ‘non-invasive’.

What does ‘emulating percutaneous absorption’ mean?

This theory is based on a fundamental element of skin physiology. The skin has a two-way ‘barrier’ function: on the one hand, it stops too much fluid escaping from the body, which would lead to dehydration; on the other hand, it stops any external molecules from entering the body. But this barrier is not 100% reliable, therefore, the skin’s impermeability can become flawed and unpredictable, which allows us to introduce active substances through the skin.

This is what the techniques that emulate percutaneous absorption are based on, though they depend on several factors:

The first is when the skin absorbs the product after it has been applied to the skin’s surface, without any other ‘motor’ than gentle friction using the pads of the fingers (common beauty products or local topical medicines).

The second concerns substances that cannot be absorbed using the previous model, primarily because their molecular weight is too high. In this case, we need to use an external energy force, which acts as a ‘motor’ to ‘drive’ the substance into the skin. We use ‘physiophoresis’ techniques (‘physio’ because they are from physiotherapy and ‘phoresis’ from the Ancient Greek word for ‘the act of bearing’) as a physical ‘absorption promoter’. The most common physiophoresis techniques are from electrotherapy:

The former helps simple molecules to penetrate the skin by causing molecular dissociation, which makes the ions migrate according to their polarity. The second uses an electric current to transfer non-dissociated products (of a relatively high molecular weight) trans-dermally using very short, high-voltage electric impulses that create gaps in the stratum corneum (pores, hence the name electroporation).

Softmesotherapy® is a new therapeutic concept that uses a combination of both of these electro-transfer techniques (iontophoresis and electrophoresis) according to an adjustable system (microphoresis®). This enables cutaneous absorption to be efficiently emulated, which helps the carefully-chosen xenobiotic substances (medicines or cosmetics) to penetrate the skin. We can therefore perform a ‘needle-free’ mesotherapy procedure, allowing the patient to avoid the discomfort caused by multiple injections.

This is based on a triple strategy:

When these three actions are carried out in the correct order, the desired result can be achieved.

This involves ‘boosting’ the penetration of complex cosmetic actives using the electrotherapy techniques cited above. The novelty is that, by using a sophisticated electronic system viewed on a 2x scale, the practitioner can quickly and easily alter the percentage of iontophoresis compared with electrophoresis. They can therefore accurately adapt their actions according to the product they wish to use.

Whichever technique is used (classic mesotherapy or electro-transfer), the practitioner’s concern is always the same: to prevent the product from being drained away by the veno-lymphatic system for as long as possible. In order to do this, it is vital that they quickly fix the product into place with a neuro-vascular shock, brought about by moderate cryotherapy (from +3° C to -2° C). 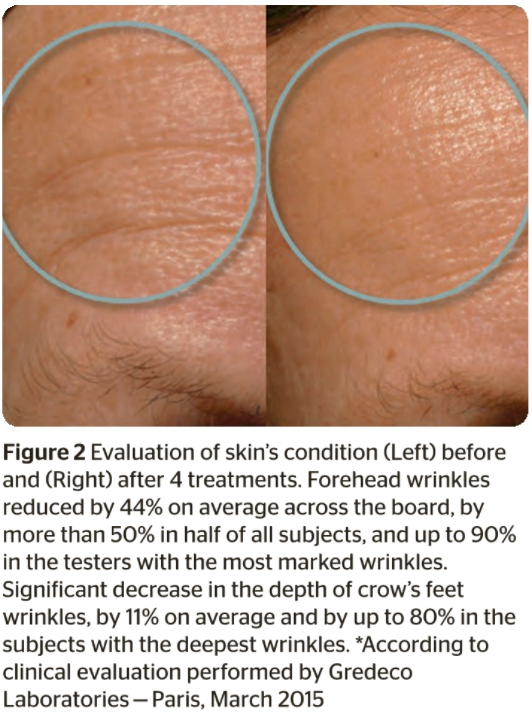 After these two steps, we need to reboot the cutaneous metabolisms through photo-stimulation using a polychromatic LED device, which has a dozen or so specific programmes. The aim is to stimulate the REDOX system in the mitochondria to increase ATP synthesis, and stimulate the metabolic activity of the fibroblasts in the dermis to boost the synthesis of dermal proteins (collagen, elastin, etc.).

The effectiveness of this new concept has been successfully proven in a methodological clinical study carried out by Doctor Sylvie Boisnic.

Allow me to borrow the conclusion drawn by the first creator of this type of concept, Doctor Michel Pistor: ‘Invention is often correcting what we imagined with what we have observed’.

TSK Launches the thinnest needle in the world: THE INViSIBLE NEEDLE™