New research has shed light on the molecular changes that occur in our bodies as we age.

In the largest study of its kind, an international group of researchers, including experts from the University of Exeter’s Medical School, examined expression of genes in blood samples from 15,000 people across the world.

They found 1,450 genes that are linked to ageing, and also uncovered a link between these genes and factors such as diet, smoking and exercise.

Whilst the underlying causes of human ageing are largely unknown, growing old increases the risk of diseases such as cancer, heart disease, and stroke — three of the leading causes of death.

The research team specifically looked for changes in gene expression, a process in which the information contained in genes is ‘expressed’ by reading the DNA sequence and creating RNA, and subsequently proteins. By looking in blood, the researchers aimed to find easy to measure markers of human ageing.

This technique allowed them to develop a new method to predict people’s ‘biological age’ and show that people with a biological age older than their actual age were more likely to have conditions such as high blood pressure or cholesterol.

The research is published in the online edition of respected scientific journal, Nature Communications.

Dr Luke Pilling, Associate Research Fellow in Genomic Epidemiology at the University of Exeter and part of the research team said: “This study has discovered many genes that change in their patterns of expression with age. This study has not only given insights into ageing mechanisms — such as mitochondrial function — but these techniques have potential use in prediction and treatment.”

The new study, the largest human molecular ageing study to date, was led by Dr Marjolein Peters and Dr Andrew Johnson, from the Erasmus Medical Center and the Framingham Heart Study. Professor David Melzer from the University of Exeter oversaw the Exeter contribution.

During the research, the experts identified 1,497 ageing genes, of which about 1,450 are newly identified. Many of the genes work together in pathways such as generating the energy supply of the cells (mitochondrial function), metabolic processes, and the stability and flexibility of the cells.

This large amount of newly identified genes provides a key breakthrough to better understand the molecular changes during ageing.

Dr Pilling added: “Large, observational, and collaborative projects such as these provide a great platform to focus ageing research in the future, with the hope that predictive tests can be developed, and treatment strategies for age-related conditions improved.” 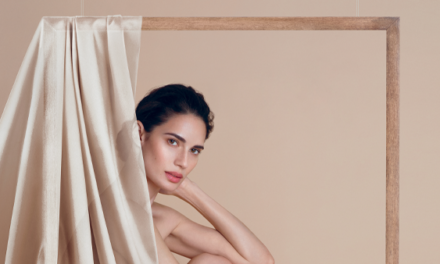 From face to body: all of IBSA’s expertise with hyaluronic acid in the PROFILHO BODY KIT: an all-round that bio-remodels skin l

RealSelf announces winners of inaugural most worth it awards