About one-third of patients treated with steroid injections for carpal tunnel syndrome don’t need any further treatment through several years’ follow-up, according to a study in the August issue of Plastic and Reconstructive Surgery®, the official medical journal of the American Society of Plastic Surgeons (ASPS).

“Our study indicates that there is a therapeutic role for corticosteroid injections in the treatment of CTS,” said lead author Stefanie Evers, MD, of the Mayo Clinic, Rochester, Minn. “However, more research will be needed to identify groups of patients who are more versus less likely to gain lasting benefit from steroid injections.”

Long-Term Benefit of Steroid Injection for Some CTS Patients

Using a Rochester-area health database, the researchers identified 595 patients who underwent steroid injection for CTS between 2001 and 2010. In 179 patients, both hands were injected, for a total of 774 treated hands. Follow-up data from one to 12 years, with a median 7.4 years, were analyzed to determine how many patients went on to require surgery or other treatments.

The patients’ mean age was 50.6 years and about 70 percent were women. On nerve function studies, most patients had mild or moderate CTS. About nine percent had diabetes and five percent had rheumatoid arthritis.

Patients with CTS have compression of the median nerve in the wrist, causing hand numbness, pain and disability. Most treatment guidelines suggest trying steroid injection of the wrist before considering surgery. Several studies have shown that steroid injections provide at least short-term relief of CTS symptoms.

However, there is little evidence on the long-term benefits of steroid injection. This information could have an important effect on decisions about treatment for CTS. If groups of patients likely to benefit can be identified, steroid injection could avoid unnecessary surgery and reduce health care costs. For other groups unlikely to have long-term benefits, surgery might be a better option.

The new results suggest that about one-third of patients with CTS need no further treatment through several years after steroid injection.

“With a low cost and low risk of complications, steroid injection appears to be an excellent form of initial treatment in some CTS patients,” Dr. Evers said.

The study suggests two factors, injection volume and rheumatoid arthritis, associated with a better response to steroid injection but the limitations of the database study make it difficult to draw firm conclusions about the long-term benefits of steroid injection and predictive factors.

Dr. Evers said, “Further research is necessary to identify those patients who will benefit in the long term from a corticosteroid injection, in order to provide more individualized treatment for patients with CTS.” 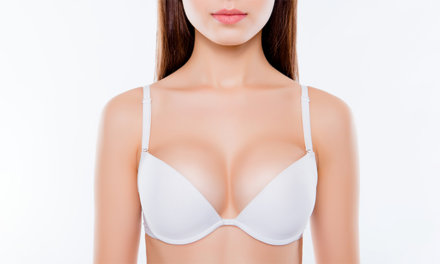