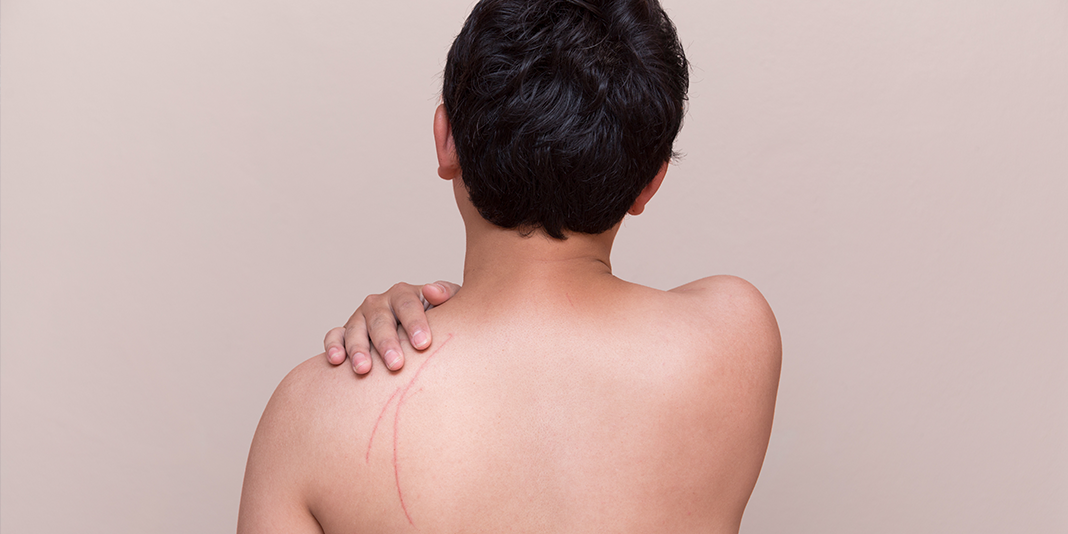 Surgical scars treated with a molecule called alphaCT1 showed a long-term improvement in appearance when compared to control scars, according to multicenter, controlled Phase II clinical trials – a finding that could help surgeons improve patient outcomes.

Now, a public-private research team led by Rob Gourdie, professor and director of the Center for Vascular and Heart Research at the Fralin Biomedical Research Institute at VTC, has revealed clues about why and how it improves the appearance of scars.

The study, to be published in the August issue of the Federation of American Societies for Experimental Biology (FASEB) Journal, describes how the drug influences the behavior of collagen-producing cells called fibroblasts.

The researchers analyzed scars from 49 healthy volunteers in a randomized, double-blind Phase I clinical study. Each volunteer had 5-milimeter punches of skin biopsied from each of their inner biceps. One arm’s wound was treated with the alphaCT1 molecule in a gel, and the other received a non-medicated control gel. The wounds healed for 29 days, at which point the scars were photographed and biopsied again.

Under the microscope, the untreated scars’ collagen – a protein produced by cells called fibroblasts – formed parallel strips, which makes the tissue less pliable. By contrast, scars that were applied with the drug had a collagen matrix resembling unwounded skin. Related experiments were repeated using guinea pig and rat models and yielded similar results.

The researchers also analyzed human skin cells cultured in a dish to watch how the drug influenced cellular activity in real-time. They discovered that the presence of the molecule caused fibroblasts to stretch out like a rubber band, then snap back into shape and change direction.

“We call it the fibroblast dance,” said Gourdie, who is also the Commonwealth Research Commercialization Fund Eminent Scholar in Heart Reparative Medicine Research and a professor of biomedical engineering and mechanics in Virginia Tech’s College of Engineering.

This unusual fibroblast behavior in the treated tissue appears to have a positive effect on scar formation, Gourdie says.

In unwounded skin, the collagen is enmeshed, allowing the tissue to move and stretch in all directions. The fibroblasts’ directional changes appear to influence how the collagen matrix forms during scarring.”

More than 300 million surgical procedures are performed in the United States each year – often resulting in noticeable scarring on patients. Methods to reduce scarring after operations are sought after.

“This is some of the most exciting basic science research in wound healing I’ve seen in a long time,” said Kurtis Moyer, chief of plastic and reconstructive surgery for Carilion Clinic and a professor of surgery at the Virginia Tech Carilion School of Medicine. Moyer was not involved in the study, but has collaborated with the Gourdie lab on wound healing research for 20 years.

“This shows real promise and could potentially revolutionize what we do in plastic surgery,” Moyer said.

Gourdie and his lab invented the molecule and discovered its useful effects on wound healing with his former postdoctoral associate, Gautam Ghatnekar, a decade ago. Together they formed a biopharmaceutical company, FirstString Research Inc., to bring alphaCT1 to market.

The molecule is currently being evaluated in Phase III clinical testing in bilateral breast surgery patients.

“These findings validate that the drug’s mechanism is playing out as we thought it would,” said Ghatnekar, FirstString’s president and chief executive officer.

The company has closed $55 million in Series B, C, and D Funding since 2018, and is evaluating the drug’s use in a variety of applications, including surgical wound healing, chronic wound healing, radiation therapy wound healing, and corneal tissue repair.

“We alter how the human body responds to injury by shifting the balance from healing by scarring to healing by regeneration. The medical applications for our technology are far-ranging,” Ghatnekar said. 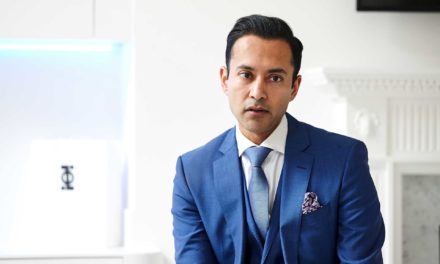