THE CLINICAL INVESTIGATION was performed to evaluate the safety and effectiveness of Princess® Volume* (PV) for the correction of moderate to severe nasolabial folds (NLF) in Chinese subjects1 in order to obtain approval by China Food and Drug Administration. The study was a prospective, split-face, randomized, evaluator and subject-blinded, multicenter, noninferiority trial. The treatment of both NLF of the subjects were randomized; for one NLF the investigational medical device PV and for the other NLF the comparator medical Restylane® (RL; Q-Med AB, Uppsala, Sweden) was used. The injected amount of the dermal filler was decided by the investigator and it was dependent on the depth of the wrinkle to be corrected. If optimal correction was not achieved after the first treatment, according to the investigator’s opinion, a touch-up treatment was performed 2 weeks after initial treatment. 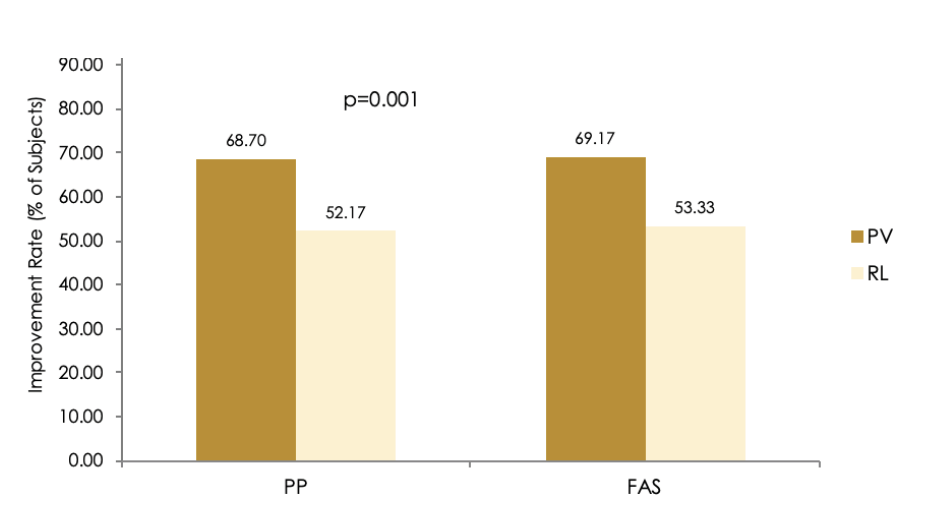 The effectiveness of the treatment of the correction of moderate to severe nasolabial folds in Chinese subjects was statistically noninferior to RL treatment. The improvement rates, evaluated by the blinded independent review committee, using WSRS at 24 weeks (per protocol (PP) population) were 68.70% for PV and 52.17% for RL, resulting in a difference of 95% CI of 8.20%, a value <15%. PV was shown to be statistically noninferior to RL. Noninferiority was also established in the full analysis set (FAS) population (p=0.001). After 24 weeks, 69.17% of subjects, injected with PV and 53.33% of subjects treated with RL remained responders (Figure 1). Based on this result it is concluded that the primary endpoint of this clinical trial was successfully met. The effect was sustained through 24 weeks. The evaluation of the independent review committee at 24 weeks revealed that the improvement rate for PV was comparable to or better than for RL. 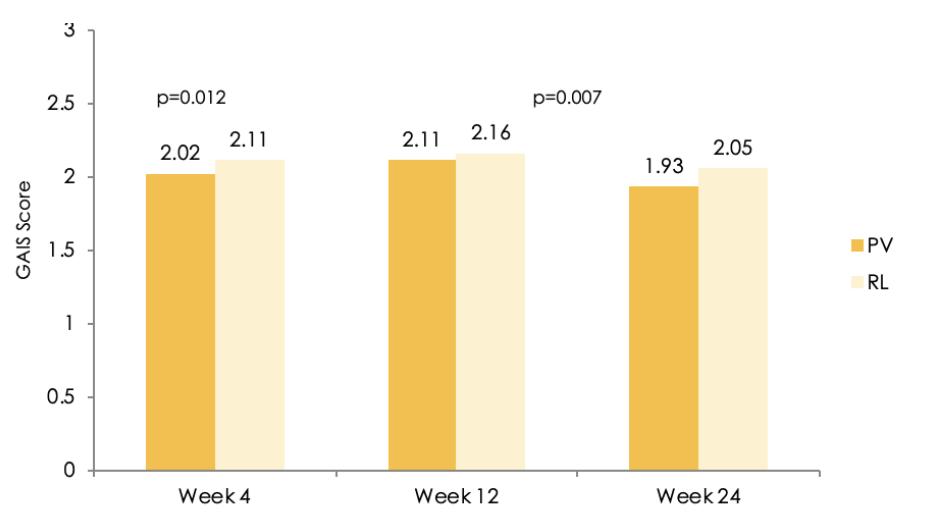 For the secondary endpoints the evaluation of the WSRS (Wrinkle Severity Rating Scale) improvement rate, WSRS improvement score and GAIS (Global Aesthetic Improvement Scale) scores of subject at weeks 4, 12, and 24, the injection dose and frequency, and 2 points (or higher) improvements in WSRS scores were performed. The improvement of the GAIS was more favorable for PV than for RL throughout the study. The evaluation, performed by IRC, of the change of the GAIS over time showed that the mean scores for PV were lower than the mean scores for RL, with a significant difference after 4 weeks (2.02 vs 2.11; p=0.012) and after 24 weeks (1.93 vs 2.05; p=0.007), for the FAS population, whereas remained similar for the PP population (Figure 2). The improvement rates based on GAIS scores, which were assessed by the subjects, for PV were lower than the scores for RL at all time points, but not significantly different (Figure 3). The evaluation of the secondary endpoints confirmed that the effectiveness of PV is comparable to, or even better than, RL. 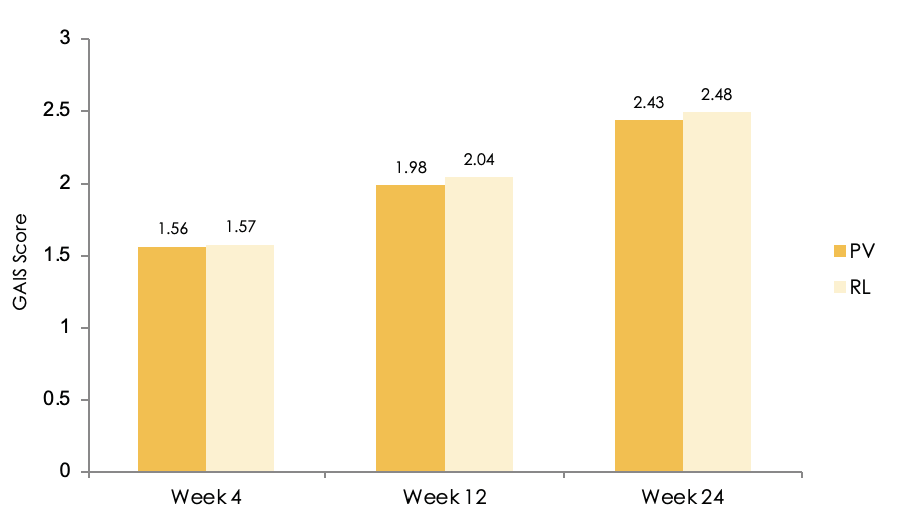 PV and RL showed similar safety profiles in this clinical study. The reported adverse events (AE) are comparable to the reported AEs with dermal fillers and included erythema, swelling, pain, bruising, nodule, pruritus, tenderness, hemorrhage and others. Most of the AEs were mild in severity and lasted for 14 days or less.

This clinical investigation showed that Princess® VOLUME is safe and effective for correcting moderate to severe nasolabial folds in Chinese subjects.

The risk-benefit profile releveled to be similar and favorable. No additional safety issues appeared in Chinese subjects compared to non-Asian subjects.

Noninferiority using PV compared to RL (10% and 15% non inferiority margin was demonstrated with 95% CI) was shown in this study. At all evaluation parameters and timepoints, the response was consistently better.

The Next Evolution in Chemical Peeling Post Microneedling Treatment 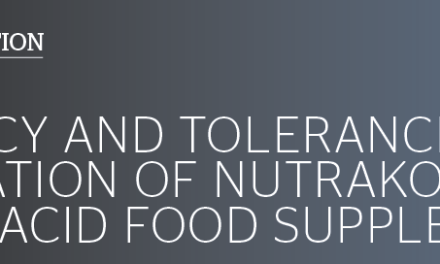