More than 1000 Scots are to have their entire genetic make-up decoded to help explain why some people’s brains age better than others.

DNA analysis will help researchers determine the impact that a person’s genetic make-up has on their ability to stay sharp in old age.

Taking part in the study are a group of individuals which have already worked extensively with researchers to chart how a person’s thinking power changes over their lifetime.

Researchers at the University of Edinburgh’s Roslin Institute and Centre for Cognitive Ageing and Cognitive Epidemiology have received £1 million from the Biotechnology and Biological Sciences Research Council to fund the study.

This latest research is possible because of a major recent investment in gene sequencing technology by the Universities of Edinburgh and Glasgow to establish the Scottish Genomes Partnership.

The Universities are investing in equipment that can sequence a person’s genome for less than £750. It will also deliver better quality results much faster than was previously possible. The study participants are part of the Lothian Birth Cohort 1936, a group of individuals from Edinburgh who were born in 1936 and took part in school mental tests as 11-year-olds.

The results have been combined with studies of each individual’s thinking skills and health over the past decade, forming a major study into how mental ability in youth affects the brain in later life.

As well as regularly resitting the school mental test, the cohort have taken many cognitive tests and medical examinations, including blood and ultrasound tests, brain scans, eye examinations and fitness tests.

By linking these test results with information about their genetic make-up, scientists hope to gain new insights into the factors underlying healthy ageing.

Professor David Hume, Director of The Roslin Institute, said: ‘This investment, alongside another recent £1m capital grant from BBSRC for computational infrastructure for genomics research at Roslin, puts us at the forefront of understanding the connection between our genetic makeup and healthy ageing.’

Professor Ian Deary, Director of the Centre for Cognitive Ageing and Cognitive Epidemiology, said: ‘As well as lifestyle factors and health, we think that genetic factors contribute to why some people’s brains and thinking skills age better than others. Until now, our genetic testing of the Lothian Birth Cohort 1936 has been patchy. This new award will allow us comprehensively to examine people’s genetic status, and will add further value to the rich data provided by these dedicated participants. My Centre is delighted to be working with the Roslin Institute on this large scale and important new part of the project.’

The Lothian Birth Cohort 1936 study is part of a larger project called the Disconnected Mind, which is has been funded by Age UK since it began in 2004. It is also supported by the Medical Research Council.

The Centre for Cognitive Ageing and Cognitive Epidemiology is funded by the BBSRC, the MRC, and the University of Edinburgh.

The Roslin Institute receives strategic funding from the BBSRC as a UK National Institute of Bioscience. 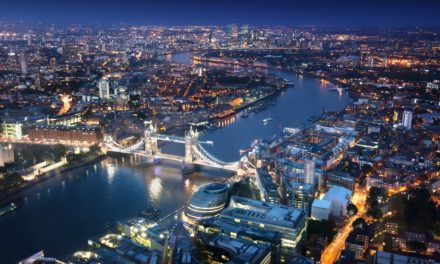