Our skin is a reflection of our internal functioning. There has been a large volume of research indicating the benefits of nutrients on skin health as well as ageing. Nutrients have been shown to speed up chemical reactions, limit or reduce oxidative damage, and possibly repair cellular damage1,2. Some of these nutrients include antioxidants, flavonoids, tocopherols, and fatty acids.

Ageing comes in two forms, extrinsic and intrinsic. Intrinsic ageing may affect our skin health and other organs in the body. Factors which influence intrinsic ageing include dietary habits, stress levels, and genetics.  The beauty industry has seen a surge in beauty treatments and topical products containing antioxidants to help combat the effects of oxidative damage and promote preventative medicine; however, there is limited research on the efficacy of such topical treatments.

The research on nutraceuticals and intrinsic ageing point to a common end — an anti-inflammatory diet and lifestyle may slow the effects of ageing. An anti-inflammatory approach consists of a wholesome diet with a variety of fruit, vegetables, whole grains, and essential fats. Variety is crucial to obtain a range of nutrients, as well as facilitate the absorption of nutrients, such as vitamin C promoting the absorption of iron. It is also important to limit processed foods, preservatives, artificial sweeteners, and other man-made compounds. These compounds have been linked to a number of degenerative diseases and may exacerbate the ageing process. Prescribing to preventative medicine can be beneficial because changes to diet and lifestyle (including physical exercise) can limit the harmful effects of free radicals. 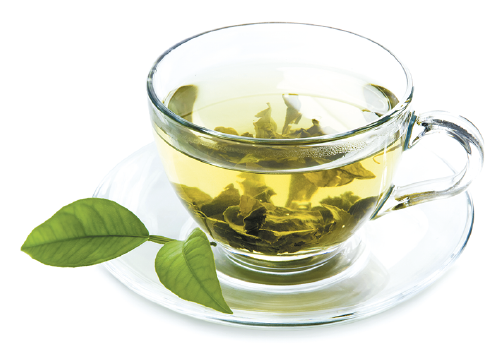 Dietary antioxidants have been shown to support cell signalling, mitochondrial activity, and reduce the oxidative stress of cells. Resveratrol, an antioxidant and polyphenol, has been shown to reduce inflammatory markers and cytokines in the blood. Some studies have indicated the positive effects of resveratrol on skin via increased nitric oxide production, increased rate of cell proliferation and a reduction of collagenase activity3. This is why resveratrol is often seen in many beauty and anti-ageing supplements.

Traditional herbs and spices used in cooking may also possess anti-inflammatory benefits. One that has been used for thousands of years and practised in Ayurvedic medicine is turmeric, which contains an active component called curcumin. Curcumin is the main curcuminoid of turmeric, which belongs to the ginger family. It is principally used to add colour in cooking but has been used in central Asia for many years as a core ingredient in ointments used for injuries. It is also often given to pregnant women after delivery to aid with the healing process. Studies have shown that curcumin may suppress inflammation and cellular stress responses in the body4.

Green tea contains polyphenols, which have been shown to protect skin from cutaneous signs of sun damaged skin. Furthermore, a study in 2005 on the effects of oral and topical green tea had resulted in improved elastic tissue content in the skin. Moreover, it has been suggested that green tea possesses anti-inflammatory properties due to its polyphenol levels5.

Essential fatty acids are present in oily fish, such as salmon, mackerel, and herring, as well as in nuts and seeds. They are essential, meaning they cannot be produced by the body and must be part of the diet.  These play an important role in the regulation of cholesterol, production of anti-inflammatory cytokines and collagen synthesis. Essential fats are also important for keeping the skin hydrated and supple, and is often recommended to people who suffer from inflammatory skin conditions such as eczema, psoriasis and acne. Omega-rich supplements are commonly found in health stores.

Vitamin C, also known as ascorbic acid, is a water-soluble antioxidant. It is important for the immune system but also vital for the synthesis of collagen. The key is to obtain a range of nutrients, primarily through the diet, to support all anti-inflammatory and immune reactions in the body. A wide range of nutrients will help to reduce oxidative stress and damage; moreover, some nutrients are effective as co-factors.

Traditionally, herbs and spices such as ginger and turmeric have been used for the common cold and flu. Despite ongoing research, it is not fully understood as to how dietary ingredients may reduce inflammation but a general wholesome anti-inflammatory diet has been shown to reduce inflammation at a molecular level. Inflammation can come about because of cellular damage, injury and even microbial infection. Redness, localised swelling, pain and other symptoms can occur as a result of the inflammation. This is why certain topical ointments also contain nutrients such as turmeric to help the localised injury by transdermal absorption.

A number of studies have linked obesity with increased levels of inflammation in the body6. Obesity has been linked to increased levels of pro-inflammatory cytokines via the innate immune response. The production of pro-inflammatory eicosanoids derived from arachidonic acid is primarily diet related. Moreover, specific food components may activate the inflammatory process of the innate immune function while others may inhibit it. Genetic expression and the role of food allergies and intolerances also has a role to play with the immune system and systemic inflammation. Examples of diagnostic testing to measure inflammation can be through inflammatory markers such as the C-reactive protein.

In terms of diet, the increase in pesticides; hormones and antibiotics in meat, chicken, and dairy produce; metal toxicity through fish; preservatives; additives and other chemicals, such as some sweeteners, have been shown to play a negative role in our cells. Some of these chemicals are carcinogenic, others may increase oxidative damage to cells or act as a ‘foreign substance’ thus allowing a cascade of immune reactions, resulting in possible inflammation. Relying on processed foods can exacerbate an inflammatory condition in the body or may act as an antecedent to bring one about.

Following an anti-inflammatory diet doesn’t simply mean the incorporation of one of two anti-inflammatory nutrients in your diet such as relying on turmeric in your cooking alone. It is the consideration of the diet as a whole. To limit sugary foods, processed and preservative-rich foods, opt for organic fruit and vegetables or choose in-season fruit, growing your own and limiting foods on the go. Alongside this, it is essential to opt for variety, the use of herbs and spices for flavouring rather than sauces or condiments; as well as omega-3-rich fish, nuts and seeds, and organic dairy produce. A diet rich in coloured fruit and vegetables will provide polyphenols to help inhibit NF-kB and also activate AMP kinase. This is what an anti-inflammatory diet consists of and what our clients should strive toward.

The treatment of acne scars 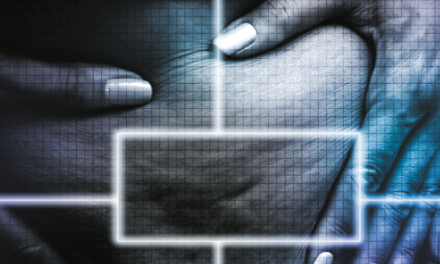