New study reveals face of plastic surgery is getting younger

According to a new study by the American Academy of Facial Plastic and Reconstructive Surgery (AAFPRS), facial plastic surgery is no longer just for seniors. An evolution of last year’s social-media-surgery explosion, the face of cosmetic surgery is progressively getting younger. While last year was marked by “selfie surgery,” 2016 is shaping up to be the year of continued Millennial enthusiasm.

In a recent survey, the AAFPRS identifies this trend, with roughly two thirds (64 percent) of members reporting an increase in cosmetic surgery or injectables in patients under 30 last year. Social media and celebrities stand out as driving factors among this age group, with 82 percent

“Social media presence and perceptions have become almost as, if not more important, than personal interactions for many teens and young adults,” says Dr. Edwin Williams III, President of the AAFPRS. “We’re living in a time when someone’s profile, be it on Facebook, Instagram or a dating site, is often the first impression Millennials get of each other.”

As for non-invasive fixes, Dr. Williams shares, “We are also seeing women in their 20s asking for Botox®, fillers, and lip augmentation.

The bottom line… the face of plastic surgery is getting younger, and as it does, it’s also becoming less taboo.

of surveyed surgeons citing celebrity comparisons as a major influence in patients’ desire for cosmetic procedures. 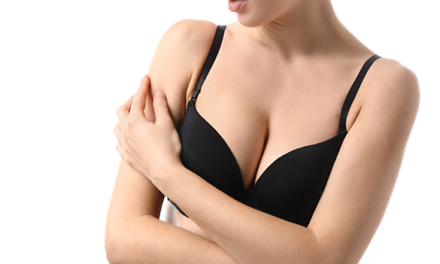 Do the COVID-19 Vaccines Affect Women with Breast Implants?