Mechanism uncovered that controls the fitness of cells, impacting ageing and disease

A novel looping mechanism that involves the end caps of DNA may help explain the ageing of cells and how they initiate and transmit disease, according to new research from UT Southwestern Medical Center cell biologists.

The UT Southwestern team found that the length of the endcaps of DNA, called telomeres, form loops that determine whether certain genes are turned off when young and become activated later in life, thereby contributing to ageing and disease.

‘Our results suggest a potential novel mechanism for how the length of telomeres may silence genes early in life and then contribute to their activation later in life when telomeres are progressively shortened. This is a new way of gene regulation that is controlled by telomere length,’ said Dr. Jerry W. Shay, Professor and Vice Chairman of Cell Biology at UT Southwestern, who led the team with his colleague, Dr. Woodring E. Wright, Professor of Cell Biology and Internal Medicine.

Telomeres cap the ends of the cell’s chromosomes to protect them from damage. But the telomeres become shorter every time the cell divides. Once they shorten to a critical length, the cell can no longer divide and enters into a senescent or growth-arrest phase in which the cell produces different products compared to a young quiescent cell. Most research in this area has focused on the role that the process plays in cancer, but telomere shortening also has been shown to influence which genes are active or silent.

Dr. Shay and Dr. Wright found that even before the telomeres shorten to the critical length that damages the DNA, the slow erosion in length has an effect on the cell’s regulation of genes that potentially contributes to ageing and the onset of disease.

The findings, published in the journal Genes and Development, required the researchers to develop new methods for mapping interactions that occur near the endcaps and to use an extensive array of methodologies to verify the impact.

Specifically, the team showed that when a telomere is long, the endcap can form a loop with the chromosome that brings the telomere close to genes previously considered too far away to be regulated by telomere length. Once the telomere and the distant genes on the same chromosome are close to each other, the telomere can generally switch those genes off.

Conversely, when telomeres are short, the chromosome does not form a loop and the telomere can no longer influence whether target genes are switched on or off.

The researchers were able to identify three genes whose expression patterns are altered by telomere length but believe this number is the just the tip of the iceberg.

‘We have developed the concept that telomere shortening could be used as a timing mechanism to respond to physiological changes in very long-lived organisms, such as humans, to optimise fitness in an age-appropriate fashion,’ said Dr. Wright.

Sunshine, Smog and Stress: RoC® Skincare Reveals The Most Wrinkle-prone States in America 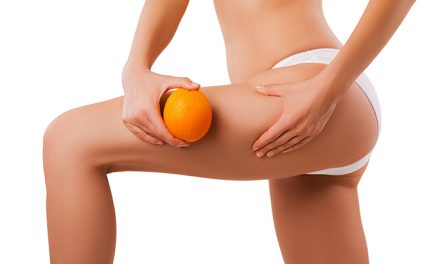