Longer telomeres protect against diseases of aging: A tale of mice and men

Scientists at the Gladstone Institutes discovered a key mechanism that protects mice from developing a human disease of aging, and begins to explain the wide spectrum of disease severity often seen in humans. Both aspects center on the critical role of telomeres, protective caps on the ends of chromosomes that erode with age.

Erosion of telomeres has long been associated with diseases of aging, but how telomere length affects human disease has remained largely a mystery. Now, scientists find that shortening telomeres in mice carrying a human genetic mutation linked to heart disease results in a deadly buildup of calcium in heart valves and vessels. This innovative model allows the researchers to test viable new drugs for this disease, and it provides a potential solution to studying other human disorders of aging in mice.

Calcific aortic valve disease (CAVD) causes calcium to accumulate in heart valves and vessels until they harden like bone. It can only be treated by replacing the valve through heart surgery and is the third leading cause of heart disease, affecting three percent of adults over the age of 75. CAVD develops with age, and it can be caused by a mutation in one of two copies of the NOTCH1 gene.

Humans typically have two copies of each gene. When one copy is lost, the remaining gene may not produce enough of its protein to sustain normal function. While reducing protein levels by half often causes disease in humans, mice with the same change are frequently protected from disease, but scientists have been unsure why. In the new study, published in the Journal of Clinical Investigation, the Gladstone scientists linked telomere length to risk for or resistance to these types of diseases. Laboratory mice have naturally longer telomeres than humans, which the researchers now think protects them from age-related genetic conditions, such as CAVD.

“Our findings reveal a critical role for telomere length in a mouse model of age-dependent human disease,” said first author Christina Theodoris, an MD/PhD student in the laboratory of Deepak Srivastava, MD. “This model provides a unique opportunity to dissect the mechanisms by which telomeres affect age-dependent disease and also a system to test novel therapeutics for aortic valve disease.”

The researchers, who previously identified NOTCH1 as a genetic culprit in human CAVD, created mice that had shorter telomeres and were also missing one copy of the NOTCH1 gene, since mutation of NOTCH1 alone failed to induce valve disease in mice. Remarkably, mice with both shorter telomeres and the NOTCH1 mutation showed all the cardiac abnormalities seen in humans, including the disease-defining calcification of the aortic valve. Mice with the shortest telomeres had the greatest heart damage, with some even showing signs of valve disease as newborns. The scientists think that telomere length affects disease severity by changing gene expression in pathways implicated in CAVD, such as anti-inflammatory and anti-calcifications pathways.

Previous studies found that patients with valve calcification have shorter telomeres than healthy individuals of the same age. Additionally, some patients who have the NOTCH1 mutation develop CAVD in their 50s, while others are born with deadly valve abnormalities. Based on the new findings, the researchers suspect telomere length explains the variations in disease severity.

“Historically, we have had trouble modeling human diseases caused by mutation of just one copy of a gene in mice, which impedes research on complex conditions and limits our discovery of therapeutics,” explained Srivastava, director of the Gladstone Institute of Cardiovascular Disease and senior author on the study. “Progressive shortening of longer telomeres that are protective in mice not only reproduced the clinical disease caused by NOTCH1 mutation, it also recapitulated the spectrum of disease severity we see in humans.”

Prior research by Helen Blau, PhD, and Foteini Mourkioti, PhD, of Stanford University – who were co-authors on the current study – demonstrated that shortening telomeres in a mouse model of Duchenne muscular dystrophy also elicited a more human-like disease, raising the possibility that telomere length may be protective for many disease-causing mutations.

The researchers plan to use the mouse models of CAVD to test several potential drug therapies they identified, in the hopes of discovering the first medical treatment for the disease. 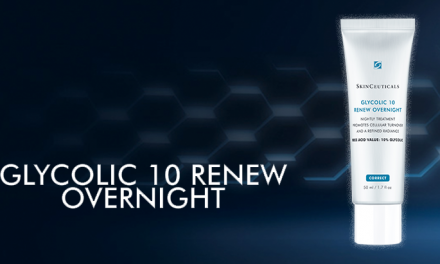