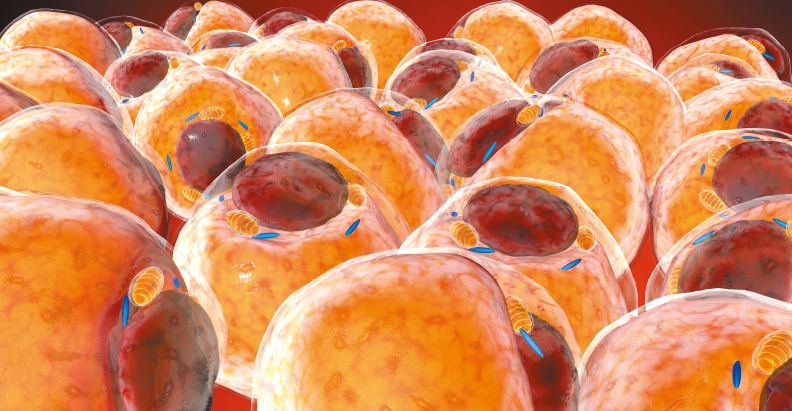 Volume loss of both bony and soft tissue results in loss of projection and subsequent skin ptosis, leading towards a concave facial contour with deepened nasolabial folds and mid-cheek grooves, resulting in changes in the double ogee shape of a youthful facial contour towards an aged and exhausted appearance1.

Facial recontouring with autologous fat grafting has become widely accepted for facial rejuvenation either as a stand-alone procedure or in combination with surgical lifting techniques since its introduction by Coleman. Since then multiple techniques to optimize fat grafting have been suggested, such as structural fat grafting (Coleman technique), the 3M3L technique, and nanofat grafting2–4. Rohrich et al. first focused on facial fat distribution, showing that facial fat is highly compartmented consisting of multiple layers of fat compartments, including both superficial and deep fat5–9.

Figure 1 (A) Temples Before, (B) after. Injected with microfat, intramuscular and prefascial , 12 cc per side

The facial contour is defined by these fat compartments, which change in a variety of ways during ageing, and, therefore, an augmentation technique taking into account the physiologic changes occurring at these sites should be developed to avoid a generic look after facial fat grafting10,11.

Many competing studies show that there is no consensus so far in the literature regarding the techniques and the injection site for fat grafting12–15.

In the following article, the authors want to outline their personal, area-based approach towards pan-facial rejuvenation based on an algorithm taking into account the main aesthetic goal, type of fat, layers to be restored, and desired aesthetic effect.

The temples are one of the first areas to age and its deflation, due to a loss of volume in the fat compartments, leads not only to a descent of the brow and the lateral area of the face but also, in severe hollow temple patients, to a skeletonized look and loss of contour in the anterior temples. Our goal is not only to restore volume into the deep fat compartments to recontour the area but also to augment the projection and, therefore, provide support for the lateral eyebrow and lateral cheek. Nanofat is used in the area overlying the venous plexus to achieve dermal rejuvenation via a stromal vascular fraction (SVF) effect.

Deflation of the midface/malar areas occurs quite early during the ageing process. As the volume loss in combination with the progressive loss of bony support by the inferior orbital rim leads quickly to a lack of support of the lower eyelid, even young patients often complain about having a ‘tired’ look. Re-volumising the SOOF and restoring support for the lower eyelid is one of the main goals, as well as recontouring of the zygomatic bone to augment projection and to achieve a lifting to the lateral face

The mandibles not only define the framework of a masculine look in men but also provide strut-like tension support for the overlying facial skin in both sexes. An under projecting mandible does not provide this strut-like support anymore and leads to the early formation of jowls.

According to Shaw et al. the gonial angle and the mental protuberance of the body start losing projection from age 25 years onwards; therefore, restoration of volume and reconstitution of the angle should be considered early in both sexes as an approach to delay the ageing related changes described above16,17.

In the authors’ opinion the brow and periorbital area form an aesthetic unit that should be addressed conjunctively, as their visual connection defines the frame of any beautiful eye.

Progressive descent of the brow caused by laxity of the forehead skin in combination with deflation of the ROOF during the ageing process leads to a heavy upper-eyelid and patients often complain about looking ‘sad’. Atrophy of the superficial portion of the ROOF underlying the lid crease leads to an augmentation of visible upper eyelid height (doll eye effect). Age-related atrophy of the SOOF augments the visible lower lid length and deepens the lid-cheek junction, and subsequent exposure of the underlying structures like fat compartments and canthal ligaments results in the skeletonisation of the infraorbital area.

Revoluminisation of lateral eyebrow fullness and reprojection of the eyebrow shape are the key goals when treating this area; as well as the reduction of upper-lid height, correction of lower lid skeletonisation, and treatment of dark circles.

In much the same way as the periorbital area should not be addressed separately from the brow; the perioral area forms an equally strong aesthetic unit with the lips. Structures like the philtrum, the white roll and the vermillion support the lip and define its youthful shape.

From the mid-twenties onwards the maxillary bone begins to lose projection and with further advance of the ageing process the deep submuscular fat compartments also lose volume resulting in a loss of support for the anatomic structures mentioned above.

The lip becomes straight, loses the cupid bow shape and becomes inverted. In cases with severe deflation and loss of volume in the subcutaneous layer, the patient often complains about the ‘bar code’ appearance of the upper lip. The restoration of support and recreation of a youthful shape is one principal goal in this area, as well as conservative volume restoration and correction of dermal wrinkles.

The nasolabial fold was one of the first clinical indications in the advent of volume restoration with injectable fillers.

At that time, the anatomy of the deep and superficial fat compartments of the face was not yet fully described, and treatments with injectables concentrated on linear filling along this fold. The formation of this fold and its subsequent deepening during the ageing process is the result of a loss of soft tissue volume and bone projection not only along the line but in all adjacent areas; therefore, it should be treated as a unit. The widening of the piriform fossa due to bone resorption of the maxillae leads to an inwards rotation and depression of the soft tissues on both sides of the nose, a loss of support of the upper lip/philtrum area and loss of support of the nasal base. Subsequently, the support to the lateral deep cheek compartments is diminished, which leads to the deflation of the deep cheek fat compartments to a downwards/inwards sagging of the cheek, further enhancing the development from a depression into a fold.

Patients often complain of a ‘sad’ or ‘aged’ look, and the goal in this area is the restoration of a smooth transition between the cheek and the perioral area.

Different approaches for processing microfat to nanofat and intradermal injection are described in the literature. The authors use manual destruction of the adipocytes through filters of descending diameters or by multiples passages through a 3-way–tab while closing the tab progressively.

Harvesting the microfat is performed either using an inside sharp, multihole 1.8 mm cannula for smaller volumes after injection with tumescence fluid (modified Klein’s solution, no sodium bicarbonate, lidocaine only in cases without GA); for larger volumes (more than 50 cc) a waterjet system for lipocollection is used (Bodyjet Eco, HumanMed AG).

As the success of any fat grafting procedure depends on a variety of factors, especially on the careful handling and even distribution of the fat aliquots, the surgeon should gather enough experience with single zone, small volume approaches before performing large volume, pan-facial single treatments to avoid the multiplicator effect for complications.

Figure 6 (A) Periorbital before, and (B) after. Microfat, 4 cc infraorbital, 3 cc lateral brow

To avoid intravascular injections, the injection should be performed with a retrograde movement of the cannula, and the injector should avoid placing a degree of pressure on the plunger. Vascular anatomy should be visualised prior to injections, and injection pathways should be perpendicular to large vessels, not parallel, to minimise the possibility of vascular canulization. In areas with large diameter vessels at the surface, digital compression of the main vessel minimises flow and vessel diameter.

The overall goal of pan-facial rejuvenation using a combination of micro and nanofat in a holistic, anatomy-based approach is not only to restore a youthfully shaped face but also to create beauty through enhanced proportions and to recreate the natural glow and aspect of what we find in younger skin, resulting in a true 3-dimensional regeneration concept. 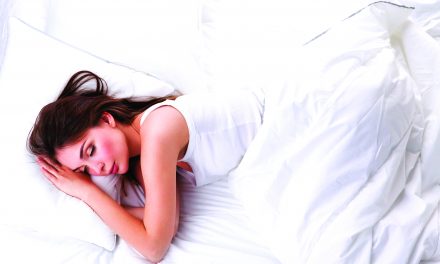 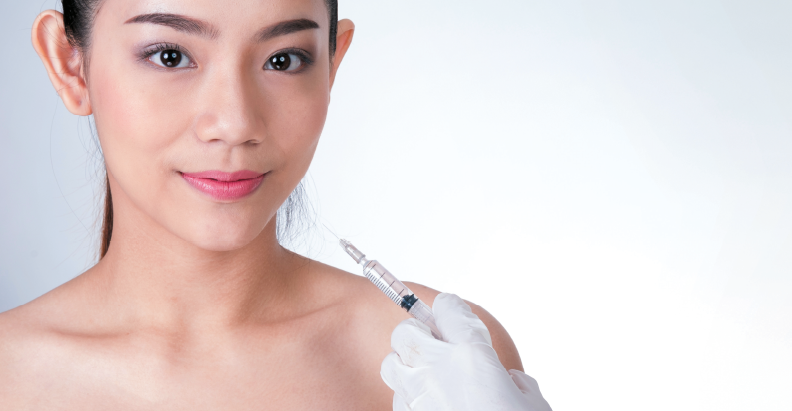