Doctors who carry out cosmetic procedures must allow patients time to think before agreeing to go ahead with treatment, according to new guidance from the General Medical Council (GMC).

The GMC is now consulting with the public and doctors about this and other proposals to make cosmetic procedures safer.

The new guidance sets out the standards that will be expected of all UK doctors who carry out cosmetic procedures, both surgical and non-surgical. It also aims to help patients understand what to expect from their doctor.

Some of the key points in the new guidance are that doctors will:

The cosmetic sector is a rapidly expanding area that has gone from being a niche market to a popular service that is now widely available. But there are particular concerns about patient safety and whether some of those involved operate in an ethical manner.

In 2013 Professor Sir Bruce Keogh produced a report highlighting the risks associated with the cosmetic sector. It followed safety concerns after nearly 50,000 women in the UK had had PIP breast implants fitted.

There are some patients who may be particularly vulnerable to being sold multiple procedures and may undergo unnecessary treatments, such as people with certain mental health conditions like body dysmorphia, an anxiety disorder that causes a person to have a distorted view of how they look.

‘Cosmetic practice is a huge and expanding area of medicine and patients, some of whom are vulnerable, do need to be better protected.

‘We are producing this guidance because of the particular risks around this area of medicine. We are clear that doctors must not pressure patients to make rushed decisions they may end up regretting and they must give them enough information so they can make an informed choice.’

To further improve patient safety, the GMC is also working closely with the Royal College of Surgeons of England and others to publish information about which surgeons have the right skills to carry out cosmetic surgery. This would allow patients to check doctors’ qualifications on the GMC’s medical register.

‘It is vital patients should be able to tell whether a doctor is competent to carry out these interventions and we have called for new legal powers to enable us to do this.’

‘Those having cosmetic interventions – either surgical, such as face-lifts, tummy tucks or breast implants or non-surgical, such as dermal fillers and Botox – take their safety as a given and assume guidance is already in place to protect them. This consultation is a step in the right direction to tighten standards and protect people from potential risks.’

The GMC’s consultation will run from 8 June 2015 to 1 September 2015 and will be available on the GMC’s website.

The final guidance is expected to be published in early 2016. 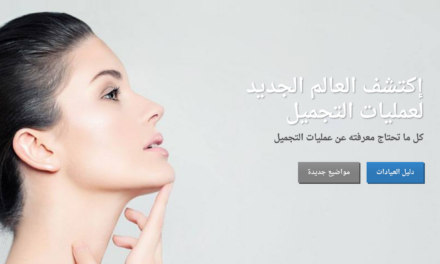 Why do aged muscles heal slowly?