“This enables Galderma to provide healthcare practitioners with scientific support and medical education, and with the appropriate license to be able to promote and demonstrate a good safety profile, clinical effect and patient satisfaction from combined treatment of glabellar lines and lateral canthal lines with Azzalure” says Alexandre Brennan, Vice President of Aesthetic & Corrective Business at Galderma.

The positive opinion for treatment of crow’s feet with Azzalure is based on clinical studies where 308 patients with moderate to severe lateral canthal lines at maximum smile have been treated in double blind studies. Of these, 252 were treated with a dose of 30 Speywood units per facial side in a Phase III double-blind placebo controlled study and 56 patients were treated in a double-blind Phase II dose-ranging study.

A total of 315 subjects entered the open label extension phase of the Phase III study in which they could be treated concomitantly for both lateral canthal lines and glabellar lines at repeated time points for up to a year following the first study visit (median 3 treatments in the lateral canthal lines). At week 16, four weeks after the first Azzalure treatment in the open label phase, 233 subjects out of 262 (89.0%) were very satisfied or satisfied. Efficacy was maintained with repeated treatments over the period of one year.

The nature and frequency of adverse reactions observed on repeated concomitant treatment of glabellar lines and lateral canthal lines were comparable to those observed when subjects were treated for the individual indications.

Azzalure is a botulinum toxin type A indicated for the temporary improvement in the appearance of moderate to severe glabellar lines (vertical lines between the eyebrows) seen at maximum frown and/or lateral canthal lines (crow´s feet lines) seen at maximum smile in adult patients under 65 years, when the severity of these lines has an important psychological impact on the patient. It has been approved for aesthetic use in EU since 2009 under the brand name Azzalure, and is approved for aesthetic use under the brand name Azzalure or Dysport in more than 70 countries worldwide. Ipsen is the Marketing Authorization holder. Since 2007 Galderma has been granted by Ipsen exclusive rights to develop, promote and distribute Azzalure in the European Union and certain territories of the Middle East and Eastern Europe. 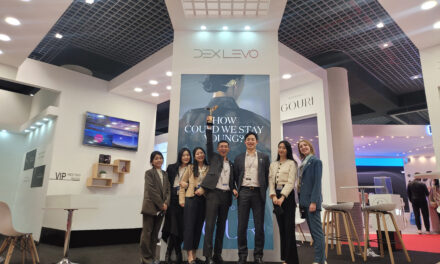 Allergan to Acquire earFold™, an Innovative Medical Device for the Correction of Prominent Ears

Are prebiotics or probiotics effective against dermatitis?