With age, somatic cells such as neurons lose their ability to maintain the quality of their protein content. Pluripotent stem cells, on the contrary, do not age and have increased mechanism to maintain the integrity of their proteins. Researchers from CECAD, the Cluster of Excellence on Aging Research based at the University of Cologne, defined the mechanisms underlying increased protein quality control of pluripotent stem cells. Then, the researchers mimicked these mechanisms in somatic tissues of model organisms to extend lifespan and delay age-related diseases. Their research was published in Nature Communications.

The survival of an organism is linked to its ability to maintain the quality of the cellular proteins. A group of proteins called chaperones facilitate the folding of proteins and are essential to regulating the quality of the cellular protein content. This ability declines during the aging process, inducing the accumulation of damaged and misfolded proteins that can lead to cell death or malfunction. Several neurodegenerative age-related disorders such as Alzheimer’s, Parkinson’s or Huntington’s disease are linked to a decline in protein quality control.

Human pluripotent stem cells can replicate indefinitely while maintaining their undifferentiated state and, therefore, are immortal in culture. This capacity necessarily demands avoidance of any imbalance in the integrity of their protein content. “There is one chaperone system, the TRiC/CCT-complex that is responsible for folding about 10% of all the cellular proteins. By studying how pluripotent stem cells maintain the quality of their proteome, we found that this complex is regulated by the subunit CCT8,” says David Vilchez, senior author of the study. “Then, we discovered a way to increase the assembly and activity of the TRiC/CCT complex in somatic tissues by modulating this single subunit, CCT8. The increase resulted in prolonged lifespan and delay of age-related diseases of the model organism Caenorhabditis elegans,” he adds.

“For this study we combined the results from human pluripotent stem cells and C. elegans, to have both in vitro and in vivo models, providing a more convincing approach. Our results show that expressing CCT8 as the key subunit of the complex is sufficient to boost the assembly of the whole system,” says Alireza Noormohammadi, one of the first authors of the paper. “It is very interesting that expressing this single subunit is enough to enhance protein quality and extend longevity, even in older animals,” adds Amirabbas Khodakarami, the other main author.

“One of our next steps will be to test our findings in mice,” outlines David Vilchez. “We hope to make further progress in understanding aging diseases and to get closer to finding therapies against diseases like Huntington’s or Alzheimer’s. CCT8 could be a candidate to correct deficiencies in age-related diseases associated with protein dysfunctions.”

Protein turnover could be clue to living longer 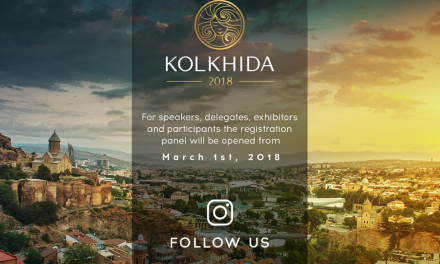