Michael H. Gold reviews the use of blue light therapy as an alternative to the current topical and systemic antibiotic treatments available for acne vulgaris

Acne vulgaris is one of the most common dermatologic diseases. A variety of treatment options exist which have been shown to be efficacious over the years. Blue light therapy should also be considered, as it is a safe and effective for the treatment of inflammatory acne vulgaris, and will be reviewed in this article.

Acne vulgaris is reported to be the most common entity that dermatologists treat on a regular basis, accounting for over 30% of all dermatology office visits. It is estimated that between 70% and 96% of all individuals will suffer from acne vulgaris at some point in their lifetime1. Evidence suggests that over 40 million American adolescents and 25 million American adults are affected by acne vulgaris 1, making it one of the more prevalent of all dermatologic disorders.

Acne is a multifactorial disease and it is beyond the scope of this article to review the entire pathophysiology of acne vulgaris. More and more clinical research into the aetiology of acne vulgaris has emerged in recent years and readers are encouraged to learn more from other sources in the medical literature.

In dermatology, there are a number of very good ‘traditional’ medicines to treat those individuals suffering from acne vulgaris. Medicines are and will remain the gold standard for acne vulgaris therapy2. These include the topical and systemic antibiotics, the topical benzoyl peroxide medicines, the topical salicylic acid derivatives, and the variety of topical sulfa preparations seen on the market. Over the past few years, combination topical therapies have become very popular among clinicians as they are used synergistically to achieve acne vulgaris clearance. The most popular topical acne vulgaris combinations include the benzoyl peroxide/erythromycin or clindamycin drugs, and the retinoid/benzoyl peroxide topicals. Topical (alone) and systemic retinoids round out the medical armamentarium for those suffering from acne vulgaris.

Despite the advances in acne therapies, drawbacks to each group of medicines exist. Some of the topical medications are irritating to the skin and may cause clothes to stain, namely the retinoids and benzoyl peroxides. Furthermore, many topical therapies are slow to achieve an acceptable onset of action, with some requiring a number of months to become successful. This, at times, is frustrating to both the patient and the treating physician. Systemic antibiotics, the mainstay for inflammatory acne for many years, have seen reports of up to 40% drug resistance to the commonly used systemic therapies — these include the tetracyclines, the erythromycins, and the sulfa derivatives1,3. One report has even suggested that the long-term use of systemic antibiotics in women may be associated with a higher incidence of breast cancer 4, and another suggests that the long-term use of antibiotics may make some people prone to an increased risk of infection, especially pulmonary2.

Isotretinoin, also a common systemic therapy used by dermatologists for recalcitrant cystic acne vulgaris, can be associated with significant morbidity, including teratogenicity if one becomes pregnant while taking the drug5. In the United States, the iPledge programme, although useful to hopefully prevent many of the untoward effects, requires the administering physician’s office to fill out forms and document more information than ever before.

Therefore, many clinicians and patients are looking for other therapies which will either help their medical therapy work better, or are looking for an alternative form of therapy using lasers and light sources, all of which are fairly routine for many other indications. Medical devices to treat inflammatory acne vulgaris are commonly divided into two distinct forms, based on their mechanisms of action. The first are those devices that destroy the P. acnes bacteria preferentially, and the second are those with a mechanism of action that focuses on destruction of the sebaceous gland leading to elimination of the acne vulgaris lesion. There are many reviews in the medical literature for all of these devices, and the reader should read the relevant articles and visit the product websites for further descriptions, as well as considering the medical literature that supports their use. This article will focus predominantly on blue light therapy for the destruction of the P. acnes bacteria and acne vulgaris clearance based on the available medical literature. 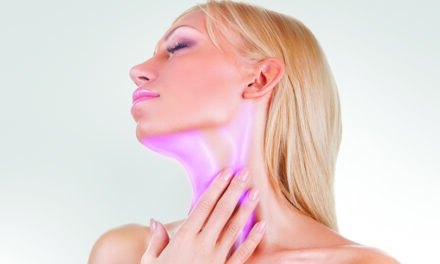 A systematic approach to neck rejuvenation 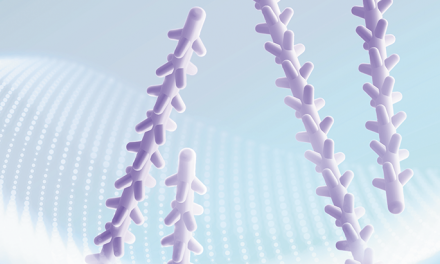