In a parliamentary debate held on February 12 in Westminster Hall, Jackie Doyle-Price, parliamentary under-secretary of state for mental health and suicide prevention, admitted that the Government had “some way to go” to making sure that all those administering non-surgical treatments such as injectables are performing treatments to high standards.

MP Alberto Costa put forward the debate. Costa, who is the MP for South Leicestershire has been campaigning to bring the issue to the attention of Government after being contacted by constituent Rachael Knappier, who experienced severe complications following a lip filler treatment by a beauty therapist – a story which has had significant media coverage over the past few months.

In January he raised the issue on topical debate programme Prime Minister’s Questions, tackling Prime Minster Teresa May about the growing concerns for patient safety and regulation. He then raised a debate on February 12 and was accompanied to Westminster Hall by Knappier and Safety in Beauty founder Antonia Mariconda.

Costa said it was “beyond belief” that a foreign substance could be injected by someone with no medical expertise. He added, “As MPs we have a duty to protect the health and safety of our consumers, so allowing them to make informed choices in respect of seeking treatment from professional beauticians. It is not the case of why people are having it done. It is that we need to regulate what is being done.”

May replied, stating, ”We recognise that this growth in non-surgical treatments does increase the need for consumer protection. We are currently working with stakeholders to strengthen the regulation and we are committed to increasing the safety of these procedures in a number of ways.

“For example, better training, robust qualifications for practitioners and clear information where people can make an informed decision about their care. We would urge anyone who is looking to have a cosmetic procedure to take the time to find a reputable, safe and qualified practitioner who is subject to statutory regulation or on a voluntary accredited register.”

Her comments were echoed by Doyle-Price during the February debate after he shared the experience of his constituent Rachael Knappier, who required urgent medical attention after dermal filler was injected into an artery in her lip. She received the treatment at a “botox party”. Doyle-Price said: “We need to do so much more in terms of public education to make sure consumers fully appreciate that there are risks with injecting things into one’s face and that they make sure someone doing that has the appropriate qualifications.”

However, she added: “In wishing to regulate this sector we do not want to undermine its dynamism and its competitiveness. What we really need to do is make sure that consumers are properly educated so that they can make informed choices about where they seek treatments.”

While she didn’t respond directly to Costa’s call for “the Government to at least consider setting out a cohesive and comprehensive plan to properly regulate the non-surgical cosmetic industry”, Doyle-Price did remind those in attendance of what has been done since 2013’s Keogh review, including the training and qualification framework; and the formation of the Joint Council for Cosmetic Practitioners: “We need to work closely with the JCCP so we can develop hallmarks for people to look for so they can be sure they’re obtaining a treatment from a regulated practitioner,” she said.

Doyle-Price also reiterated that as of May 2020, all dermal fillers will be regulated as medical devices under the Medicines and Healthcare Products Regulatory Agency. However, this doesn’t mean that the products will be prescription-only. 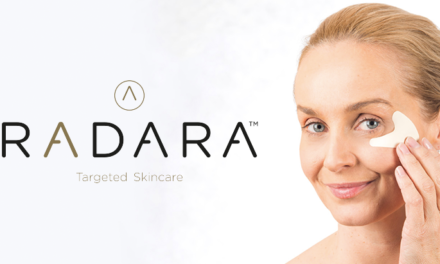