As early as your mid 30’s, the size and strength of your muscles begins to decline. The changes are subtle to start – activities that once came easily are not so easy now – but by your 70’s or 80’s, this decline can leave you frail and reliant on others even for simple daily tasks. While the speed of decline varies from person to person and may be slowed by diet and exercise, virtually no one completely escapes the decline.

“Even an elite trained athlete, who has high absolute muscle strength will still experience a decline with age,” said study author Joe Chakkalakal, Ph.D., assistant professor of Orthopaedics in the Center for Musculoskeletal Research at URMC.

Chakkalakal has been investigating exactly how muscle loss occurs in aging mice in order to figure out how humans might avoid it.

In a study, published in eLife, Chakkalakal and lead author Wenxuan Liu, Ph.D., recent graduate of the Biomedical Genetics Department at URMC, define a new role for stem cells in the life long maintenance of muscle. All adults have a pool of stem cells that reside in muscle tissue that respond to exercise or injury – pumping out new muscle cells to repair or grow your muscles. While it was already known that muscle stem cells die off as you age, Chakkalakal’s study is the first to suggest that this is the main driving factor behind muscle loss.

At the same time, Chakkalakal and his team did not find evidence to support motor neuron loss in aging mice. Very few muscle fibers had completely lost connection with their corresponding motor neurons, which questions the long-held and popular “Denervation/Re-innervation” theory. According to the theory, age-related muscle decline is primarily driven by motor neurons dying or losing connection with the muscle, which then causes the muscle cells to atrophy and die.

“I think we’ve shown a formal demonstration that even for aging sedentary individuals, your stem cells are doing something,” said Chakkalakal. “They do play a role in the normal maintenance of your muscle throughout life.”

Chakkalakal is building on this discovery and searching for a drug target that will allow him to maintain the muscle stem cell pool and stave off muscle degeneration as long as possible and he hopes this discovery will help move the field forward.

For Men With Enlarged Prostate/BPH, No More Meds Means Better Quality of Life 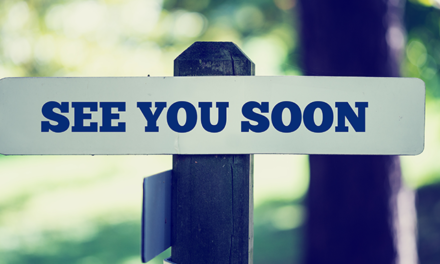