With Father’s Day around the corner, the American Academy of Facial Plastic and Reconstructive Surgery (AAFPRS), the world’s largest association of facial plastic surgeons, took a deep dive into why more and more men are warming up to the idea of cosmetic maintenance.

No longer just for the fairer sex, celebrities or the vain, aesthetic edits are becoming mainstream for men. For many, facial plastic surgery – whether wrinkle-busting injections, laser skin resurfacing or lifts – is the way to stay competitive, relevant and marketable in a youth-driven dating game and workplace, according the survey of 618 men.

Fully 31 percent said they are “extremely likely” to consider a cosmetic procedure (surgical or non-surgical), the new survey showed, these next-gen men want to look as good as they feel. In fact, 44 percent of the men said they would have a treatment done to feel better about themselves, with 31 percent reporting a willingness to make a “fix” to please a partner. Another 31 percent wanted to look less tired and stressed while 25 percent would consider a procedure to remain competitive on the job.

Hair is a big concern, with 60 percent of men surveyed saying that their hair (or lack thereof) bothers them most. Skin and eyes were tied for second for 44 percent of respondents. Just 22 percent were bothered by their chin and neck, and most men did not mind some distinguishing forehead wrinkles, an area of worry for just 19 percent.

“We see a lot of men coming in, wanting to look less tired,” shares Dr. Fred G. Fedok, president of the AAFPRS and a facial plastic surgeon based in Alabama. “Blepharoplasty, or an eyelid lift, in conjunction with a neuromodulator such as BOTOX® for crows feet is a popular combination to reverse puffy, sagging and perpetually tired-looking eyes.”

Not just for the boomers, Millennials and Generation Z (born between 1996 and 2010) actually lead the way in the new aesthetic-friendly frontier for men. The goal is to maintain their youthful edge rather than combat facial aging. Of the 31 percent of men surveyed who are extremely likely to consider having a treatment done to look better, 58 percent  were between 25-34 years old, while 34 percent were 18-24 years old.

“The face of plastic surgery, thanks to cultural shifts about plastic surgery and the many advances in minimally invasive technologies, continues to get younger,” shares Dr. Fedok. “The demand for non-surgical treatments is growing at a faster rate than that of surgery in this country, with many Millennials and now Generation Z’ers adopting BOTOX as routine wrinkle prevention and lasers and chemical peels as standard practice for turning back the clock on sun damage and obtaining clear, beautiful skin.”

Even with non-invasive options available, risks were a concern for nearly half of men surveyed (46 percent). This is why safety and credentials are of the utmost importance when choosing a facial plastic surgeon, warns Dr. Fedok. “Always do your research and select a board-certified surgeon that specializes in plastic surgery of the face, head and neck. Choosing a surgeon based on price rather than qualifications can have catastrophic results.” 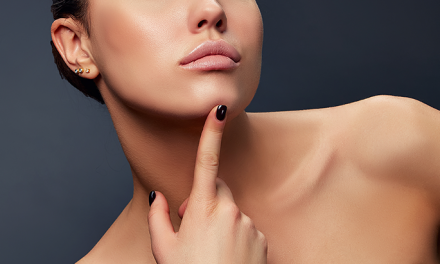 SculpSure Submental launches in the UK