Nasoalveolar molding use for cleft lip and palate reduces number of surgeries, cost of care

Patients with complete unilateral and bilateral cleft lip and palate (U/BCLP) who were treated with nasoalveolar molding (NAM) required fewer surgeries and a reduction in overall healthcare costs compared to similar patients who did not have NAM treatment, according to a study in the Journal of Craniofacial Surgery, authored by Parit A. Patel, MD.

“NAM is a technique that molds the patient’s lip, nose and gums decreasing the width of the cleft and contouring the nose before surgery is performed. This makes the surgery easier to perform and now has been shown to improve outcomes and reduce cost,” says Dr. Patel, who has successfully implanted numerous patients with the device. “Surgery always has a certain element of risk and the use of NAM reduces complications and the overall number of surgeries. This results in a potentially healthier child, which is really the ultimate goal.”

Cleft lip and palate are two of the most common major birth defects. They are usually diagnosed through a pregnancy ultrasound.

A cleft occurs when tissues of the face do not properly join together during development. The cause in most cases is unknown, however, risk factors include smoking during pregnancy, an older mother, obesity and certain medications such as some used to treat seizures. Cleft lip is more common in males while cleft palate is more common in females.

NAM is an oral plate similar to a retainer that is typically implanted in a baby’s mouth four to five weeks after delivery. NAM helps to correct the deformity by reducing the size of the cleft before surgery is performed. Surgeries are required to permanently correct a cleft, but the study showed children with the NAM needed fewer surgeries.

Annual AAFPRS survey results are in 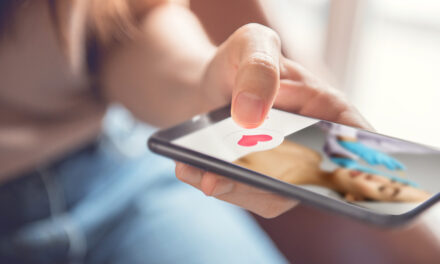 Checking Out Plastic Surgeons on Instagram? You May Need to Check Your Bias Too