American Society for Aesthetic Plastic Surgery Reports More Than $13.5 Billion Spent for the First Time Ever

“Our industry’s growth is considerable, but not at all surprising,” states James C. Grotting, MD, President of ASAPS. “It reflects a healthy and robust economy wherein many people can afford to, and want to invest in themselves. As editor Joel Stein aptly pointed out last year in TIME Magazine’s article, Nip. Tuck. Or Else., more people now perceive aesthetic enhancements and procedures as essential. I personally believe the motivating factors for that are varied, but remaining competitive in the workforce is certainly a common factor. Youth is a commodity, and people are investing in themselves to maintain a younger, healthier appearance,” Grotting explains.

Daniel C. Mills, MD, President-Elect states, “Ever-popular procedures, including liposuction and breast augmentation, also saw growth this year as the first and second most popular surgical procedures overall, accounting for nearly 40% percent of the surgical procedures performed, demonstrating that the power and permanence of the knife continues to dominate the plastic surgery marketplace.”

The American Society for Aesthetic Plastic Surgery (ASAPS), is recognized as the world’s leading organization devoted entirely to aesthetic plastic surgery and cosmetic medicine of the face and body.  ASAPS is comprised of over 2,600 Plastic Surgeons; Active Members are certified by the American Board of Plastic Surgery (USA) or by the Royal College of Physicians and Surgeons of Canada and have extensive training in the complete spectrum of surgical and nonsurgical aesthetic procedures. International Active Members are certified by equivalent boards of their respective countries. All members worldwide adhere to a strict Code of Ethics and must meet stringent membership requirements.

ASAPS, working with an independent research firm, compiled the 19-year national data for procedures performed 1997-2015. A paper-based questionnaire was mailed to 30,000 board-certified physicians. An online version of the questionnaire was also available.  A total of 844 physicians returned questionnaires, of which 103 were retired or otherwise inactive during 2015.

Final figures have been projected to reflect nationwide statistics. Though the confidence intervals change by procedure, depending on the grouping’s sample size and the response variance, the overall survey portion of this research has a standard error of +/- 3.56% at a 95% level of confidence. 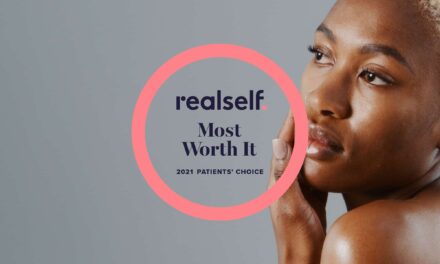 Top 20 Most Worth It Procedures for 2021, According to RealSelf Members